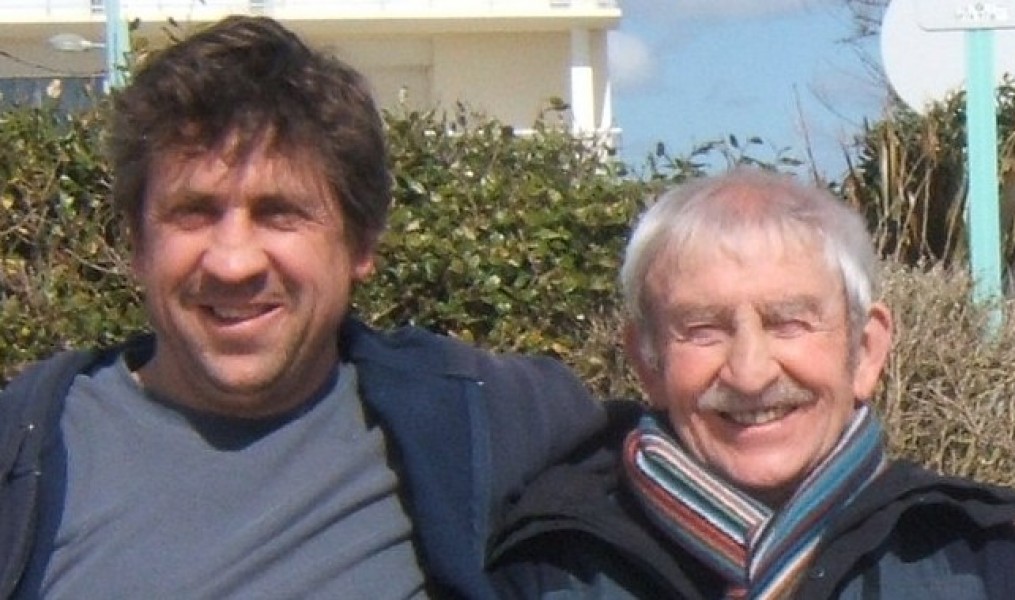 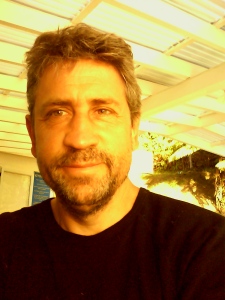 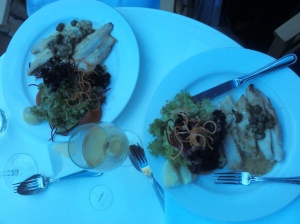 This trail food can be so dull and bland! 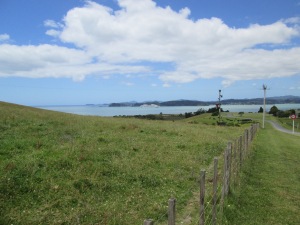 Beautiful Bay of Islands ahead 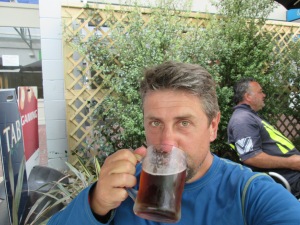 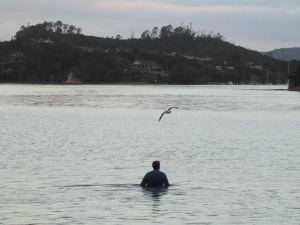 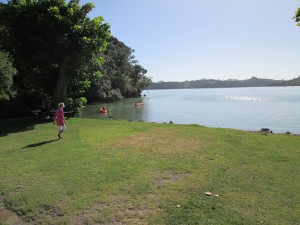 Pretty good day although we managed to lose our way in Kerikeri and ended up walking an extra km and missing the oldest building in NZ. Fairly overcast at first which was ideal for walking and took us about an hour to get to the Waitangi forest track. the track was really easy underfoot, not steep and we made steady progress walking for an hour and resting for 15-20 mins. Really different forest to previous ones as this is a plantation forest full of pines, not as nice but still pleasant enough. We set off about 7.30am but had a stop at Macdonalds for breakfast (we deserve it!). Brian got up to say goodbye and I’m sure we’ll see him again soon. We’d had a few beers last night and Brian was talking about the different forms of mental illness and where the medications used is rarely effective.We were joined by Jim and Albert who looked like they’d already had a skinful. Jim was originally from Shrewesbury and had done a bit of walking himself (Camino in Spain (and Basque!) and SW coastpath). Albert was a Moari who’d never left NZ before but wanted to take a world cruise if he won the lotto. They both work in the Kiwifruit industry but this is the quietest time of year, Jim was heading up to the Whangaroa as there wasn’t enough going on here. Apparently quite a few people just travel the country according to the season so kiwifruit is march/april, apples in autumn in the bay of Plenty and cherries in Cromwell in south Island, can do it throughout the year anyway. One guy has an electric pushbike he uses to get around.

When we got into Paihia we had a drink at the Waitangi treaty ground and did a bit of shopping (postcards, lighter and 3 days supply of food or me) before sinking a couple of crisp cold beers in a bar. We’d left our rucksacks in the I-site so was bliss to just walk without our loads.

We spotted a Seafood restaurant which had special 3 course dinner offer and well you know that I couldn’t resist. Yellowfin tuna starter shusi style, followed by Gurnard with capers and mustard sauce with salad and dessert to die for Passion fruit cheesecake. mmmmmmmmmmmmm. Was quite a job to don the rucksacks and walk the 3km to the campsite which we didn’t get to until 8pm. Met”Dusty” who hope will take me over to the Waikere connection to rejoin the trail. 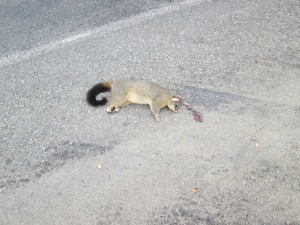 Fresh roadkill but not hungry after last nights $10 special